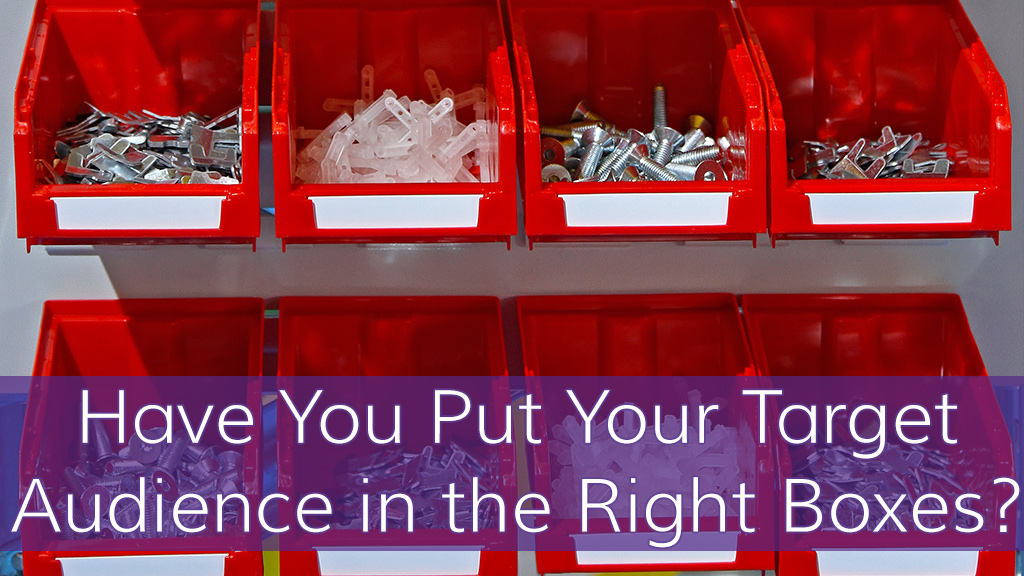 Proper segmentation of your target market is extremely important to media planning and collateral creation. We’ve already discussed how creating personas help define your audience, but are personas enough to get the right content to the right eyeballs? Not usually. Let’s break down the best way to slice and dice your audience to ensure you’re getting the right messages to the right people.

Step 1: Get Your Personas Right

The first step to segmentation is to define your personas. We will discuss in future posts how to create a great persona. For now, let’s just focus on figuring out who in your buying audience needs their own persona. The key here is to group like-minded audience members into an individual profile you can use to represent the larger group.

This doesn’t mean all audience members represented by a persona have the same job title, take interest in the same products, or work in the same industry. The important part is that the people the persona represents are like-minded. This means their life experiences are similar enough that all things equal, they will react in a uniform fashion if given the same stimulus (i.e. content or advertisement) and get their entertainment and information from roughly the same sources (i.e. internet, newspaper, social media). This does not mean that they work in the same industry or that they are interested in the same set of products or service. It only means you can get inside their head to the extent you can make a reasonable prediction of how they act and react to your marketing.

As you target your media and content to specific segments of your audience, persona becomes your first segmentation variable (aka segmentation base), and each persona then becomes a segment. That’s a great start, but for most organizations there’s more work to be done.

Step 2: Flesh Out Your Segmentation Strategy

The next part of your segmentation strategy is to look at your product or service line and segment along groups of products or services shared by certain customers.

Let’s say you work for an online sporting goods retailer. Among your personas are a father of a teenage soccer player(Greg), a young female hockey player (Shauna), and an adult male softball player (Bill). You don’t want to market soccer gear to hockey players, so does that mean you have to add another young female athlete persona, in this case a soccer player? While you could create separate personas for each sport, that opens up a lot of personas to create and a lot of names to remember.

Now let’s say you work for a plastic parts manufacturer. Key decision makers are the purchasing agent (assigned the persona Chase) and the design engineer (assigned the persona Eric). The parts manufacturer serves multiple industries, but in all industries the decision makers still fit the personas of Chase and Eric. While in each industry the decision maker is the same, the parts they will buy are wildly different. In this instance your second segmentation variable would be industry, and each industry would become a segment.

In both examples, the same persona applies to multiple segments. If that wasn’t the case, the persona segments would be specific enough to direct your media buys and your content. Here’s a list of segmentation variables that might not be accounted for by the persona, but might make sense to include in your segmentation strategy:

In some instances, this level of segmentation isn’t necessary. For example, if you own a salon, chances are that differences in your clientele’s buying habits are covered by your personas. Taste and budget might dictate preference for certain services, but those taste and budget differences would be accounted for when developing an individual persona, and don’t necessarily require an additional segmentation variable.

Once you have a complete segmentation strategy, it’s time to apply it to your content and media. Doing this is as easy as adding one or more columns to your editorial calendar and your media plan, one column for each segmentation variable defined above.

To segment your content, you must designate the target persona, and any other segmentation variables identified for each piece of content, collateral or creative your team or partners produce. This should be done regardless of whether it’s a banner ad, blog post, video, etc. If it’s designed to carry a message to an audience, it should be created with a specific segment in mind for each segmentation variable.

For editorial content, we recommend you add columns for each segmentation variable to your editorial calendar. That way, you can get a bird’s eye view for how your published content is distributed across your segments. This will produce insights such as, “Wow! We have a lot of content focused on Greg in June.”

For non-editorial content, the best place to put segmentation variables is on your creative briefs. Adding these elements to a creative brief gives your creative team the added direction and focus they need to ensure their work resonates with the target audience.

You should apply the same segmentation steps to your media. To do so, take your media plan and add a column for persona and a column for each additional segmentation variable you’ve identified.
You’ll find that some media, particularly traditional media like radio and TV, cover multiple segments within each column. For example, a radio station might appeal to more than one of your personas. When this happens, you have three choices:

The key here is to avoid creating one piece of content that would appeal to all people. Remember: